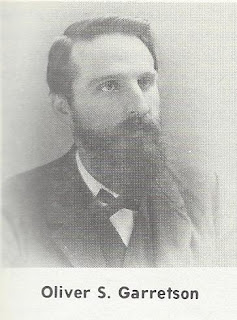 One of the most interesting individuals in the early history of Austin, Pennsylvania, is Oliver S. Garretson.Prior to becoming a boomtown in the late 1800s, people from Buffalo came to Austin to fish. Mr. Garretson was one of those people. Austin was known as Freeman Run at the time.

He was a wealthy businessman who invested in Austin by building two sawmills and a store here  In her book Industry Comes To Freeman Run, Marie Kathern Nuschke states that the store was the biggest in Potter County at the time.


Marie also states that although he never lived in Austin, his brother's  Cyrus and Issac did, and Mr. Garretson and his family would visit them often.

Garretson Street is named after him. 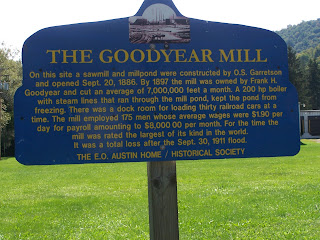 It is believed that Mr. Garretson was born in 1843 and died in 1908.
He founded The Buffalo School Furniture Company in Buffalo, New York and also owned other businesses there.

The picture of Oliver S. Garretson is found on page 17 of Industry Comes To Freeman Run which can be purchased at the E.O. Austin Home/Historical Society Museum. Their telephone number is 814-647-8358.