Having a desire to see the world, he joined the United States Marine Corps after graduation.  He served  24 years, seven months, and 14 days attaining the rank of Master Sergeant.  During that period of time David visited many states including Hawaii, North Carolina, California, and Massachusetts.

During his time in the service, David performed work in a variety of occupations, in various locations, excelling at each and every one.  For example, he began his career in the U.S. Marine Corps as a truck driver and when the opportunity came made a lateral move to machinist. Although his specialty was mechanics, as he moved up in rank, he performed the duties of Drill Instructor and Inspector Instructor. and retired as an Ordnance Chief.  David earned his "sea legs" having served twice onboard two (2) U.S. Navy ships.

The most dangerous job David performed in the Marine Corps  was instructing and training Colombian Army Troops in the use, cleaning, service and maintenance of weaponry.  When his team landed in Colombia, they were picked up and driven to the Colombian Army Base in an armored vehicle and warned to keep a low profile during their stay.

One of Master Sergeant Worden's most rewarding experiences was leading the Toys For Tots Program while stationed in Massachusetts.  I could sense the pride in David's voice as he detailed to me the success he had developing relationships with Fisher Price and other organizations in seeking donations for children which the U.S. Marne Corps is noted for each year at Christmas time.  David said their would be tractor trailers delivering donations for this noteworthy endeavor.

Master Sergeant Worden is a Vietnam Era Veteran.  During his service in the U.S. Marine Corps he was awarded the following medals: 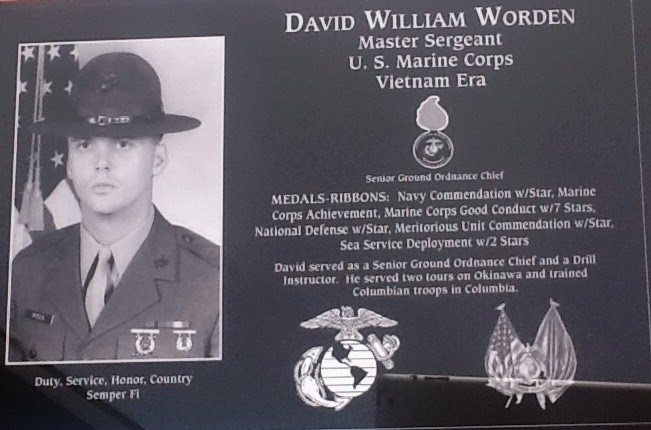 While on active duty David earned a B.S. degree from Cal State in Machine Technology. 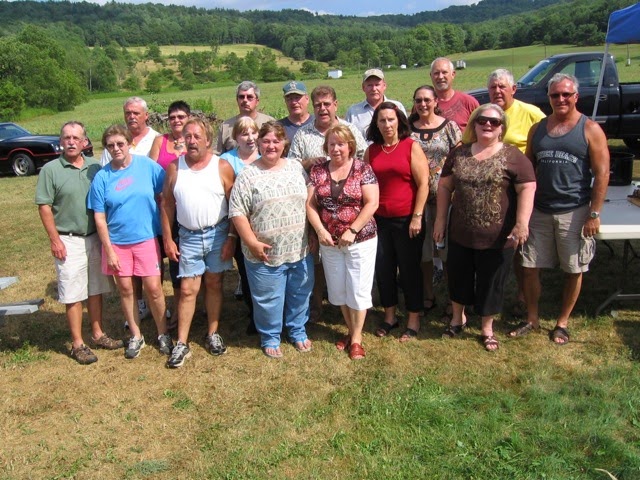 David and Leslie currently reside in Twentynine Palms, California.
Posted by Bernard "Mike" Fowler at 5:37 AM